The Ivanpah Solar Electric Generating System in Southern California initially failed to meet contractual obligations, and a yearlong forbearance deal with Pacific Gas & Electric Co. expired Wednesday. After fine-tuning the complex facility that uses 170,000 mirrors, output is up and it’s no longer at risk of defaulting on the deal, according to David Knox, a spokesman for operator and co-owner NRG Energy Inc. 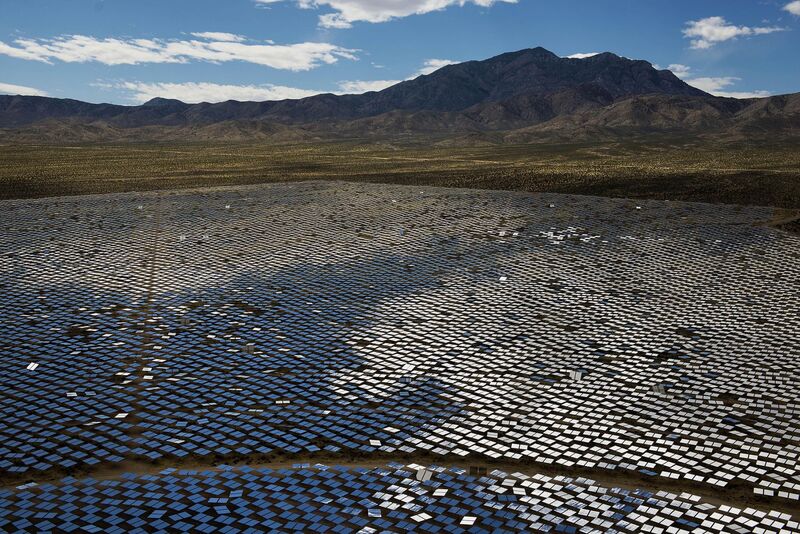 “We are currently in compliance with the contract,” Knox said in an interview. “The generation has improved dramatically.”

PG&E spokesman Denny Boyles declined to confirm whether the plant was meeting its obligations, saying that California’s biggest utility is reviewing Ivanpah’s performance. The contract with the owners — NRG, BrightSource Energy Inc. and Alphabet Inc.’s Google — remains in place, and the company is working with NRG on the next steps for the project, Boyles said.

“It’s not going to be long until we know what those next steps are,” Boyles said in an interview.

The 377-megawatt facility, about 50 miles (80 kilometers) southwest of Las Vegas in the Mojave Desert, received a $1.6 billion loan guarantee from the U.S. Energy Department and began operating in February 2014.

NRG’s plan from the beginning was to gradually increase output over four years, Knox said. Instead of converting sunlight directly into electricity with photovoltaic panels, the system uses the mirrors to focus sunlight onto boilers atop three 450-foot (137-meter) towers. Those boilers, which are kick-started before sunrise each morning with natural gas, produce steam that drives an electric generator.

It took NRG longer than anticipated, however, to bring the water to just-the-right temperature each morning and position all those mirrors to optimize the power of the sun.

“It took a lot of choreography to get everything just right,’’ Knox said.

The plant experienced mechanical problems in 2014 that caused it to fall short of production targets for the first 24 months in operation. California approved a deal in March 2016 to give NRG and its partners six months to avoid defaulting in exchange for compensating PG&E for past shortfalls. Shortly after, NRG said the plant had more than doubled its output and was on pace to meet its targets, and the forbearance was later extended to a full year.

Output from one of boilers has improved 80 percent since the plant opened in 2014, and it’s up 70 percent at another, Knox said.

“The forbearance is over,” Knox said. “We have met all the requirements.”